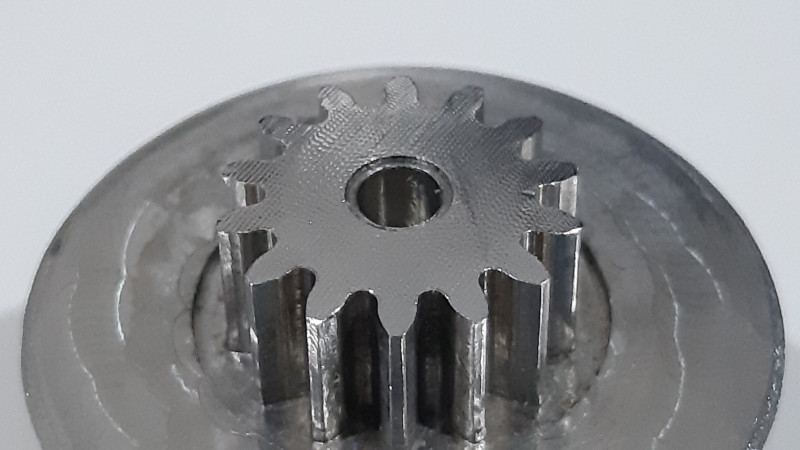 Parts with features smaller than 1 cm could only be machined, but recent innovations in 3D printing are changing this.
Written by
Mohamed Hassan 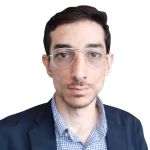 Regular sized parts can simply be prototyped using filament-based 3D printers, fused deposition modelling (FDM). They can also be designed with additional thickness to be sanded down during post-processing. However, smaller parts need to be prototyped using other techniques. Previously, it was just machining. Now, newer techniques for 3D printing micro parts solve the problem. These are divided into two categories powder-based 3D printing and resin-based 3D printing. Both of these methods give an adequate surface finish while preserving details.

Powder SLS (Selective Laser Sintering) machines usually cost €200k+, so the better option for in-house prototyping is usually the much cheaper resin. However, if one is just looking for a few prints to validate a one-off invention, SLS should be a great option.
‍
The service might cost the project budget only a few euros per part, but it is usually hassle-free and parts can be printed using a flexible material too, in addition to rigid ABS-like material (ABS stands for a type of plastics very common in consumer and industrial products). One service provider that provides exceptional quality is Shapeways.

SLA printing stands for Stereolithography printing. It is a resin-based 3D printing process that utilises a laser to cure part of the resin according to a given design. It works similar to FDM (Fused Deposition Modelling) printing, only it is upside down.
‍
Instead of the FDM printing head, it utilises a laser module or mirror prism that redirects laser from a fixed module. This allows the machine to pin-point micro areas to be cured, while being able to re-create smooth curves.

The build plate of a resin printer moves upwards after each layer is completed. The final print is later placed under a UV light source to cure any remaining uncured resin. SLA machines cost around €10k and are usually used at an industrial level for prototyping.

A new technology similar to SLA is LFS, which stands for Low Force Stereolithography. The technology is based on the incremental movement of a laser instead of a continuous movement. This reduces the print quality slightly, but reduces the price significantly. Today LFS machines can be found for around €3k.

For working on micro products, DLP 3D printing machines should be sufficient for smaller parts. They are also usually a fraction of the cost of true SLA machines. Note that many DLP machines are advertised as SLA machines. However, most of these will have to mention somewhere in the description that there is an LCD involved.
Resin printing used to be dominated by relatively expensive €10k+ SLA (Stereolithography) machines, but it is much cheaper nowadays to get DLP (Digital Light Processing) machines. The difference between those is that SLA uses laser and DLP use led light from an LCD.

I have seen good reviews for CREALITY DLP machine, but have not tested one myself. Although, I own multiple FDM printers from the company and they are exceptional.

Other printers claim higher resolution, which might get them closer to true SLA printing quality, but I have not seen any reviews to suggest that. So I would stick with cheaper ones. Keep in mind that unlike FDM, resin printers materials usually require special safety measures and final prints require post-processing.